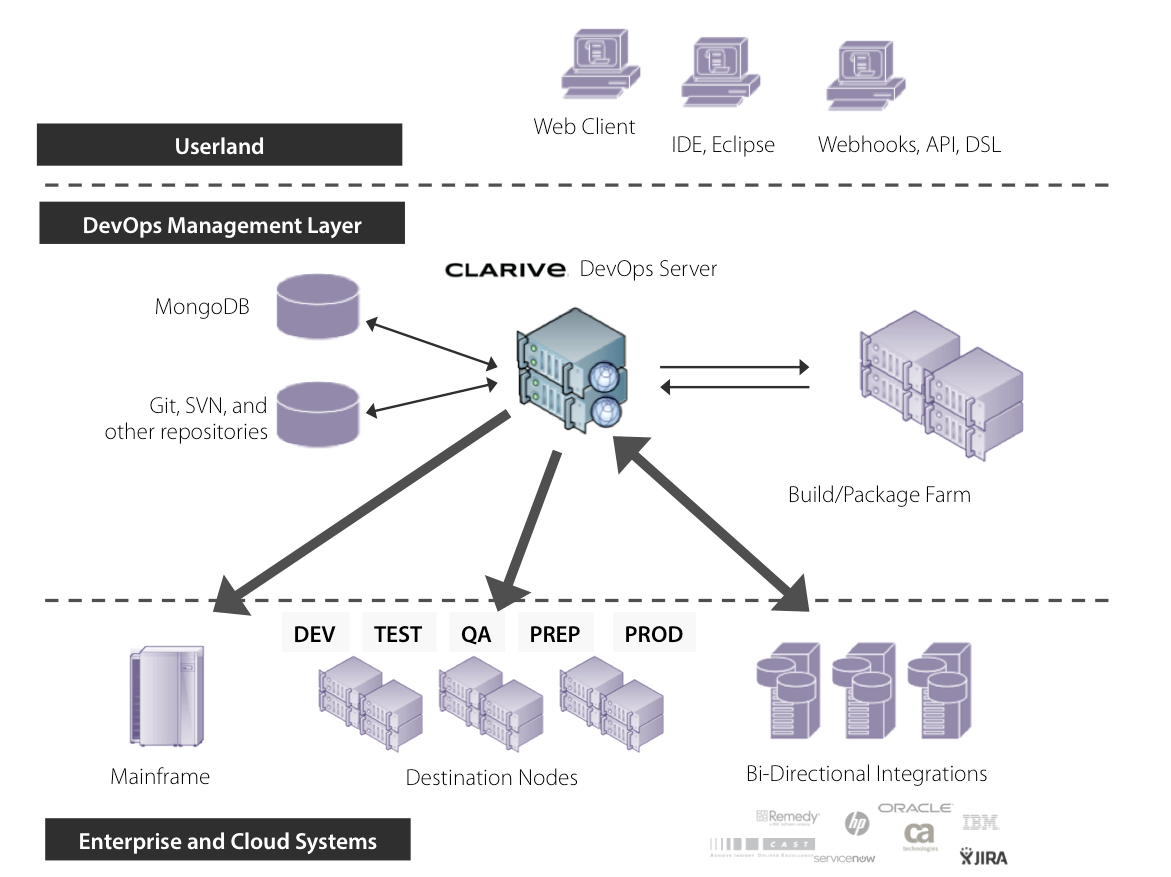 Clarive has at least one automation server. This server is responsible for the following tasks:

The primary user interface of Clarive is Web-based.

Clarive features an application server that provides the web interface of Clarive and the SOAP and REST WebServices. The web server is based on the Catalyst framework and runs standalone or under compatible servers like Apache, Nginx or Lighttpd.

Clarive Web client is a single-page application that delivers a dynamic and natural user experience, similar to that of a client application, but from any system on the network.

Realising the process of building and deploying applications, Clarive needs to communicate with servers on the network: with proprietary agents or via SSH.

Clarive agents are compatible with any UNIX, Linux or Windows technology.

The product includes the following interfaces for customization and integration within the company.

The user can authenticate to Clarive using the most common standards in the company:

Through the tool's API the load of users and granting permissions to roles, groups and applications can be handled.

Clarive requires a server with 64-bit processor. The machine can be virtualized or not. Other requirements depend on machine usage requirements, measured considering the following variables:

These browser versions apply to Clarive 7.2.x and higher.

The following Clarive versions are not supported as of Dec/2019, but we list the supported browser information for historical reasons.

For further optimization, we recommend 4 servers:

There are 2 main server processes that will run in the Clarive server: the Web Server and the Dispatcher.

These are the recommended requisites for the Clarive server:

We recommend having a minimum of 2 separate database servers in your installation, so that the MongoDB database server processes run safely in a replica set for consistency and data replication.

Also, the secondary in the replica set can be used as the Clarive report database, so that demanding report analysis run on the replica engine.